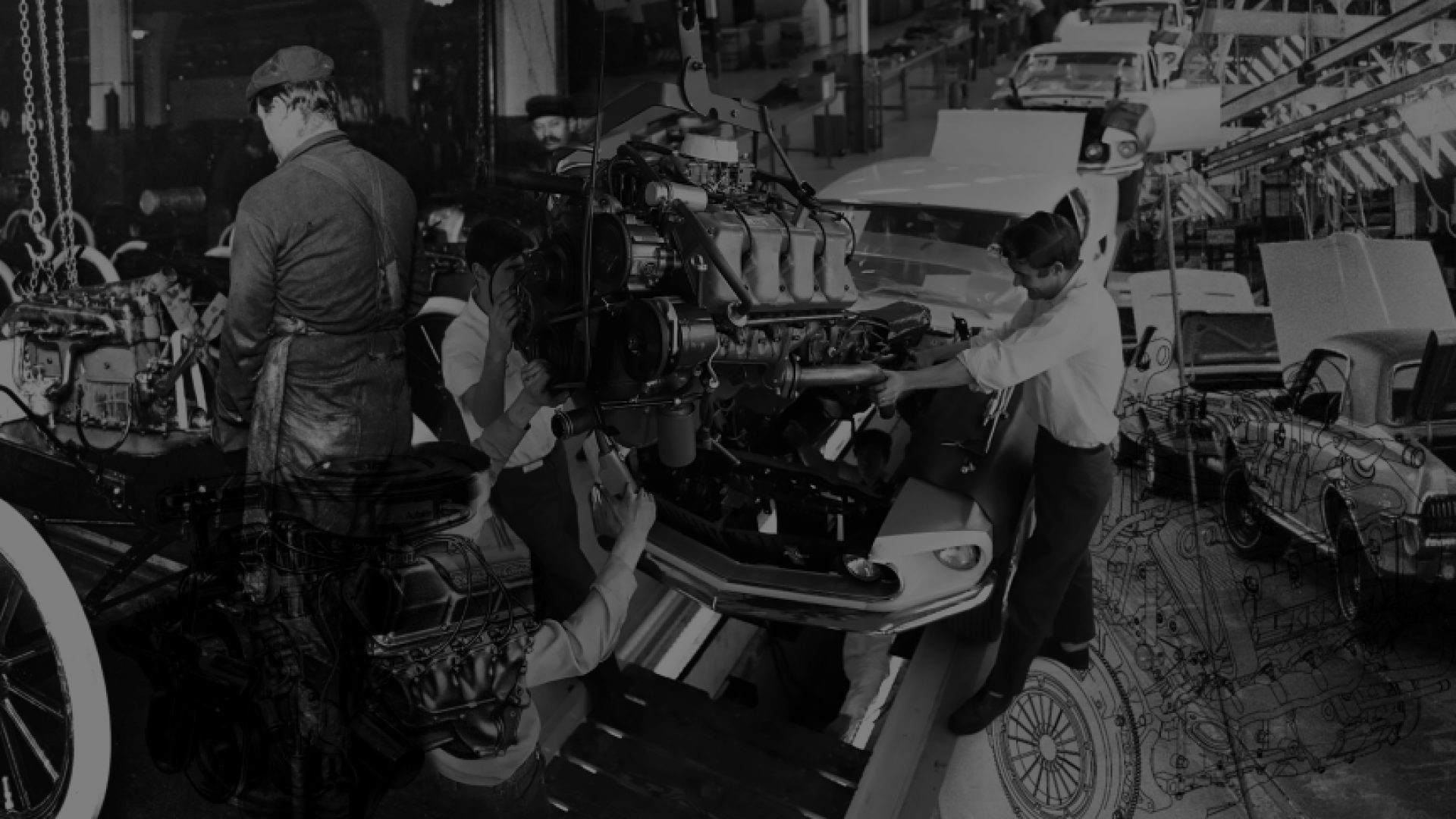 The initial life of a new engine has a major impact on how strongly the engine will perform, how much oil it will consume and how long it will last! The main purpose of an engine break-in is to seat the compression rings to the cylinder walls. We are talking about the physical mating of the engine’s piston rings to its corresponding cylinder wall. There is a great need to physically wear the new piston rings into the cylinder wall until a compatible seal between the two is achieved.

In addition to sealing combustion gases in the combustion chamber, piston rings must also manage the amount of oil present on the cylinder walls for lubrication. If the rings do not seat properly, they cannot perform this function and will allow excessive amounts of oil to accumulate on the cylinder wall surfaces. This oil is burned each and every time the cylinder fires. The burning of this oil, coupled with “blow-by” induced engine breathing, these are reasons that an engine that hasn’t been broken in correctly will consume more than its share of oil.

The piston ring will only ride on a film of oil if there is sufficient surface area to support the ring on the oil. When the cylinders are freshly honed the peaks are sharp with little surface area. Our goal when seating the rings on new cylinders is to flatten out these peaks to give more surface area to support the rings, while leaving the bottom of the groove intact to hold enough oil to keep the surface of the cylinder wet with oil. At the point where the top of the peaks produced by the honing operation become smooth and the tapered portion of the piston ring wears flat break in has occurred.

When the engine is operating, a force known as Break Mean Effective Pressure or B.M.E.P is generated within the combustion chamber. B.M.E.P. is the resultant force produced from the controlled burning of the fuel air mixture that the engine runs on.

The higher the B.M.E.P, the harder the piston ring is pushed against the wall. The surface temperature at the piston ring face and cylinder wall interface will be greater with high B.M.E.P. than with low B.M.E.P. This is because we are pushing the ring harder against the rough cylinder wall surface causing high amounts of friction and thus heat. The primary deterrent of break in is this heat. Allowing too much heat to build up at the ring to cylinder wall interface will cause the lubricating oil that is present to break down and glaze the cylinder wall surface. This glaze will prevent any further seating of the piston rings. If glazing is allowed to take place, break in will never occur. Also, if too little pressure (throttle) is used during the break-in period glazing will also occur.

Most people seem to operate on the philosophy that they can best get their money’s worth from any mechanical device by treating it with great care. This is probably true, but in many cases it is necessary to interpret what great care really means. This is particularly applicable when considering the break-in of a modern, reciprocating engine.

For those who still think that running the engine hard during break-in falls into the category of cruel and unusual punishment, there is one more argument for using high power loading for short periods (to avoid excessive heat) during the break-in. The use of low power settings does not expand the piston rings enough, and a film of oil is left on the cylinder walls. The high temperatures in the combustion chamber will oxidize this oil film so that it creates glazing of the cylinder walls. With this occurrence, the ring break-in process stops, and excessive oil consumption frequently occurs. The bad news is that extensive glazing can only be corrected by removing the cylinders and re-honing the walls. This is expensive, and it is an expense that can be avoided by proper break in procedures.

We must achieve a happy medium where we are pushing on the ring hard enough to wear it in but not hard enough to generate enough heat to cause glazing. Once again, if glazing should occur, the only remedy is to remove the effected cylinder, re-hone it and replace the piston rings and start the whole process over again.

“If the wrong type of oil is used initially, or the break-in is too easy, rings and cylinders could glaze and never seal properly. A fresh cylinder wall needs some medium to high engine loading to get the piston rings to seat properly for good compression but make sure you don’t lug or overheat the engine. Use high quality, low viscosity oil (Joe Gibbs BR30 weight), no synthetics, too slippery. If synthetics are used during initial break in the rings are sure to glaze over.

An engine’s initial run should be used to bring oil and coolant up to operating temperature only, with little or no load, then shut down and allowed to cool to ambient temperature. This is important. After each run the engine needs to completely cool down to ambient temperature, after a cool down period, it is suggested to apply load for the next steps of engine break in.

This time gives the engine light loads at relatively low rpm and stay out of top gear. Lugging the engine, i.e., low RPM with a lot of throttle (manifold pressure), is more detrimental than high rpm. Another key is to constantly vary engine load during the entire break-in period. A constant load is not ideal for breaking in bearing tolerances. This second run should last only 10-15 minutes before another complete cool down.

The third run should see slightly higher rpm with light to medium power loading using short bursts of acceleration to help seat the rings. Again 10-15 minutes of running should do it and again avoid top gear. A forth run should consist of light to medium engine loads with a few more bursts of medium-high rpm, and lasting just 10-15 minutes varying the engine load and again avoiding top gear. To ensure the rings seat well, use the same high quality oil after break in period “suggested 1000 k’s” and don’t be shy about short duration high rpm blasts through the lower gears prior the oil has been changed.

A few more 15-20 minute sessions should be used to work up to the engine’s redline gradually increasing the engine loads. Switch to synthetic oil but not before 1000-1500 kilometres. Most of the engine experts warned of the danger of breaking in the engine too easily and ending up with an engine that will always run slow whether it is from tight tolerances, inadequate ring seal or carbon build-up. Engine load is more detrimental than rpm because of the heat created internally, so avoid lugging the engine but rev it freely especially in the lower gears. Basically, be sure not to get it too hot but be sure to seat the rings properly.

Original Engines Co is Australia’s most trusted Engine Remanufacturing business and we are proud to have earned the title as the undisputed leading specialist in the Automotive remanufacture sector.